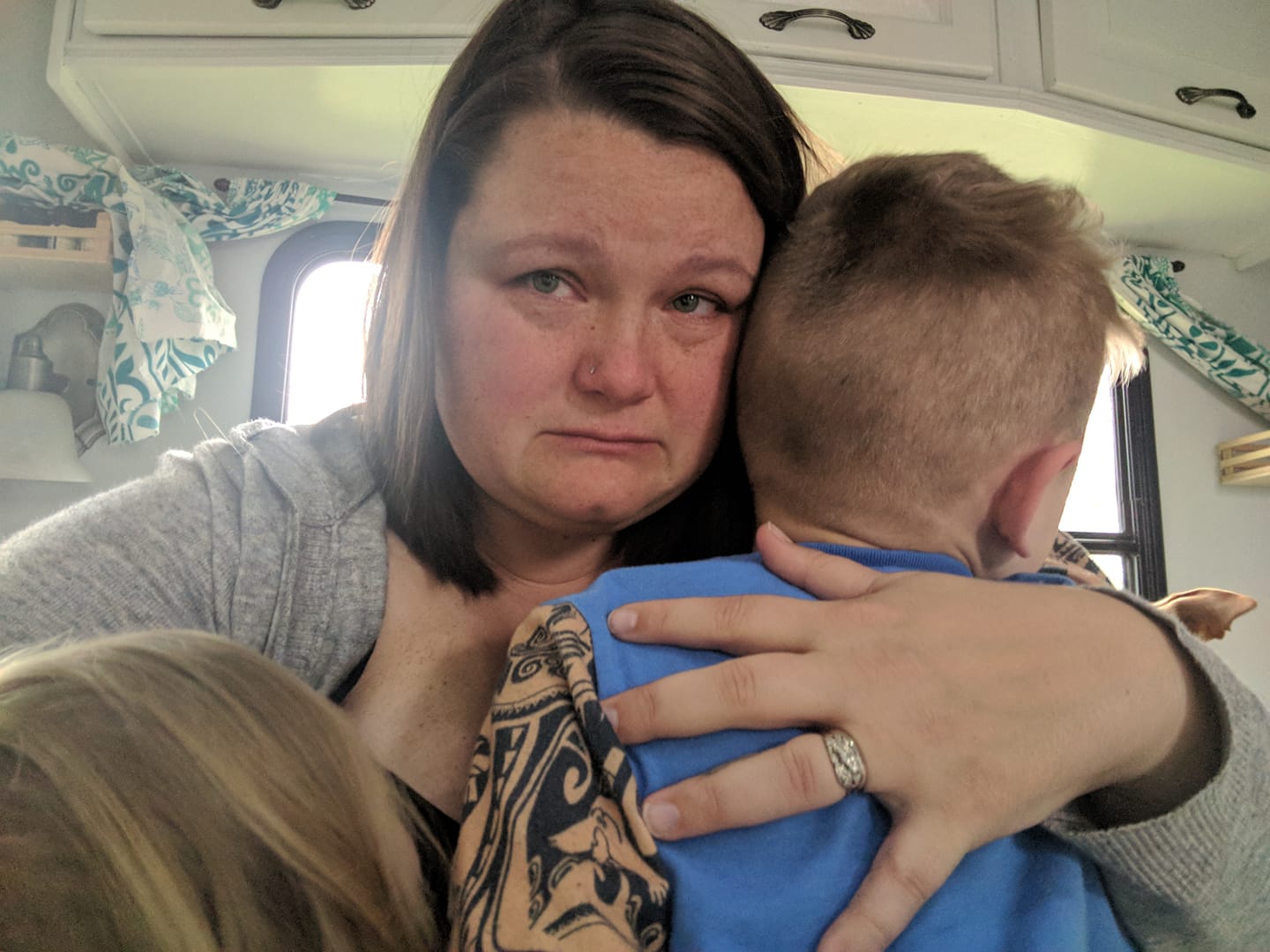 I am honest to a fault, raw and vulnerable, holding little back because I believe the more open we are with our testimony about the truth behind raising a child with behavior disorders, the more other parents like us may feel less alone and those on the outside looking in might be educated about what we really go through.

This, my friends, is what we really go through.

Our son is seven, first diagnosed at four and a half with four additional diagnoses added in the years that followed, but we knew there were red flags when he was only eighteen months old. So for nearly all of his life, managing meltdowns has been our everyday routine.

At the beginning of the diagnostic process, we felt completely isolated. Many doctors, because of his age, wouldn’t even see us. We felt that, although we had a combined over 30 years experience working with at risk youth and kids with disabilities, that we were not heard or taken seriously.

When we were around friends or family and a meltdown occurred, we felt embarrassed and panicked about how to handle it because everyone either tried to help in ways that usually made things worse or they just stared without a clue how to help. And we understood because we didn’t know either.

But we still felt alone.

Alone at a family functions.

Alone at church when the music was too loud.

Alone when we had to miss events for parties.

Alone in our own community, schools, and home.

Although we knew diagnoses were inevitable, they were no less crushing a blow. We had to grieve the childhood we thought our son would have and the future we had dreamed of for him so we could begin to embrace what it WOULD look like and meet him where he was able to excel.

Extreme parenting looks like having to explain to your boss why your son screamed like he was being tortured all the way through the school where you teach as you desperately tried to get him out to the car while other teachers, parents, and students stand, jaws agape, staring in complete shock and assuming the worst.

It looks like having to pull my kid off of his kindergarten soccer team for punching another player who scored instead of him.

Fear of judgement for your child.

Fear of medicine not working.

Fear of the things your child says or does when they have zero impulse control and no way to appropriately articulate their feelings.

Fear someone who doesn’t know your situation will call the cops, CPS, or someone else who might take your kids away.

Extreme parenting looks like sleeplessness, not just during infancy but forever. It looks like bed wetting and night terrors, sneaking out and making threats.

It looks like staying up to discuss med changes, doctor visits, and therapy recommendations instead of watching Netflix or catching up about your day.

It looks like conversations about how to keep your extreme child safe from too many meds, a misdiagnosis, the wrong school, bullies, parents who judge, overstimulation, and everything in between.

It looks like anxiety about every decision you have to make about your child’s health.

It looks like worrying if society won’t accept or understand them.

It looks like fear they’ll not be able to adjust to social norms or hold a job or have a family.

It looks like spending a lot of time terrified wondering who will possibly help care for your child if something happens to you.

It looks like a behavior strategy working for two weeks and then failing miserably.

It looks like a good week at school and then principal’s phone calls three days in a row.

It looks like stress and tears over endless IEP meetings that seem to go nowhere.

It looks like hearing that your child is “unfit” for classes or programs by people who never took the time to see their brilliance in math, their loyalty to friends, or how hilarious they are when they quote movies.

It looks like next to zero time alone without kids because you either have no support or there are so few people you trust with your child that you feel too afraid to reach out for help.

It looks like barely remembering when you and your spouse could talk about anything that didn’t have to do with med changes or appointments, school issues or behaviors, discipline or strategies.

It looks like you don’t recognize yourself anymore because you haven’t seen exhausted in years. You are so far past exhaustion that you’ve developed a new level of zombie-like status while awake and sleeping with one eye open for everyone’s safety.

It looks like the new version of you feeling anxious and worried, terrified and lonely, but also fierce. Because you are your child’s advocate.

It looks like being my child’s voice in the face of evaluations, meetings, appointments, harsh judgments, criticism, and just plain hate.

It looks like telling our story with such passion and ferocity that you will not be stopped because someone must feel the way you do and you want to be a beacon of hope for them and to provide a face and a story for those who stare, mouths open, with judgment in place of their lack of understanding.

Extreme parenting looks like raising a beautiful, athletic, hilarious, blue-eyed, blonde haired all American boy who looks just like your son too, but he struggles. What takes you and I little effort takes all that he has but he never gives up. He keeps pushing and keeps striving and we will keep doing everything in our power to meet him where he is and provide him opportunities to succeed.

Friends, it looks like tears on most days, meltdowns everyday, and love; so much stinking love. Fierce, devoted, completely reckless love for a kid who should be hailed a hero because he is so strong and has been through more in seven years than I have in 37.

Behavior disorders are invisible, but they have a face and a story. They may not all match, but they are more the same then they are different.

Ask questions, friends. Offer help. We won’t ever be able to repay you, but your kindness will be salve to our aching hearts.

The Raw Truth of A Special Needs Parenting WIN

How Teaching My Kids Generosity Completely Wrecked Me

She Who Throws Shoes