The Mama On The Rocks Expressions from a mama living tiny, parenting a child with behavior disorders, and Roadschooling like a BOSS
Home Extreme Parenting Epic Parenting Fails Raising a Child with Behavior Diagnoses
Facebook
Twitter
Pinterest
WhatsApp 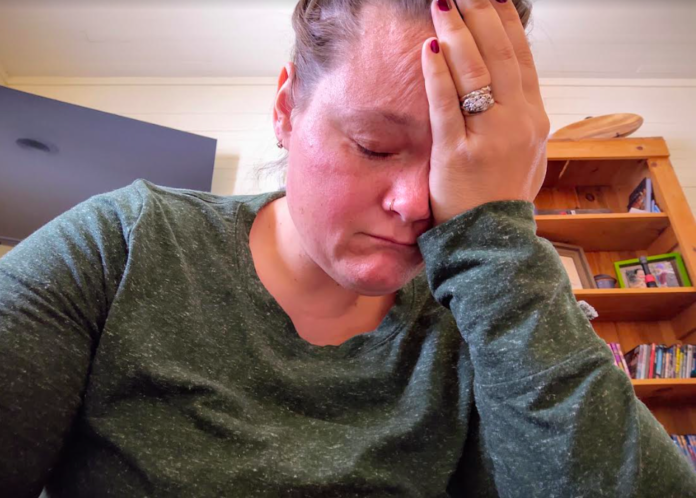 For the first five years that my husband and I were parents, we racked up decades worth of failures. Most of what many would call disasters, we laughed off–both because we have sarcastic personalities and try not to take ourselves too seriously, and because disciplining an extreme child requires extreme parenting techniques.

Most parents might give a timeout to the child who is kicking and screaming in the grocery cart because they were told they cannot buy one of every cereal with a cartoon character as the high fructose-pushing mascot of sugary doom. Other mothers, of the “give them more discipline or give them death” variety might hand out spankings like candy at the Macy’s Day parade. When parenting an extreme child, those options flat out don’t work.

Yes, Karen. This is the part where you roll your eyes, assume your superior parenting skills would far outmatch my own, and insert a comment about, “well if they were my kid, I’d…”

I’ve heard it all. Go ahead and try.

I’ll be the one eating popcorn and laughing in the corner at your hilarious attempts to parent what can only be described as a pint-sized source of evil. When our son is in a rage, having a meltdown, or is nearing the edge, there is no talking your way out. There is no timeout, time in, level of spanking, or reward chart to bail him out of it. You must wait out the storm and try not to lose your Jesus.

That said, we just have to laugh at times where he is mad and yelling, “It’s too late! I already got a spoon so HA! You’re a Dolly Poo Poo Pants!” No need for a timeout. Yes, he did EXACTLY the thing we asked him 27 times in a calm voice not to do, but we just hide behind the pillow so he doesn’t see us cracking up because that seems like a better option than starting a conflict that will result in an hour-long meltdown.

Our son is incredibly smart. So simply using replacement or code words for more PG-13 vocabulary doesn’t work. For instance, we referred to the posterior end as his “booty” for the first four years of hid life until his teacher (the lady with the not-so-invisible beard) sent him home with his mouth washed out because when he said, “booty,” his other four year old friends cracked up. Well that’s fuel to his fire, sister! And excuse me for thinking booty was less crude than “butt”. Epic Palmolive-flavored mom fail.

Fast forward to age five and he is asked to get off of the bus because everyone thought him sticking his hands in his hind end was just hilarious. I’m imagining this is payback to his father who was a notorious mooner in high school. And it is perfectly possible that he did something silly like that and our response was laughter. This kid is pretty funny when he isn’t ripping the walls down.

Sometimes, when the laughter won’t cut it and none of the usual suspects will suffice for punishments, you lose it. You just, plain lose it. I am not proud of it, but more times than I can count I have locked myself in the bathroom, sunk to the floor against the wall, and cried into my knees so our son couldn’t hear me break down. I have lost my temper and yelled at my child. One time a voice came out of me that sounded like some sort of bedtime monster. I think it was my self-conscious trying to muffle a yell, but it lost.

A few weeks ago, he had been spitting and throwing books down the stairs for about 15 minutes during his usual morning meltdown before school. We went about our business, following the behavior therapy suggestion and ignoring his behavior since he wasn’t harming himself or others. When he came downstairs and was asked to get his shoes on for school he responded by laying out in the floor and throwing his shoes at the door…about 27 times.

My husband and I are pretty good at reading when the other one needs to tap out but he had been at it for well over an hour at this point and we were both hanging on by a thread. “You are mean, daddy, and I HATE YOU!” He spit fire.

Without missing a beat, my husband simply walked calmly over to him, picked him up, and sat him outside on our deck. He, naturally, threw himself backwards into the ninth level of crazy and screamed bloody murder while hurling his ninja turtle shoes at our window. We brought him back in because talking to the police in response to a noise violation wasn’t on our agenda for that morning. But we had put our child outside…one the deck…like a house pet.

If you are not the parent or somehow closely related to an extreme child or one with a behavior disorder, you are probably hearing Sarah McLauchlin singing, “I Will Remember You” to images of sad puppies and my son’s face being forced outside in the snow. (It was summer, to be clear.) If you have a child like ours, you are more than likely remembering all of the things you’ve done or thought about doing before you remembered, “This is why people beat their kids,” and you had sense enough to walk away.

Parenting these types of children seems impossible sometimes. I once had a lady in the produce department at Kroger get sent by her manager to ask me if I needed help because I was letting Briggs scream it out in the cart after he dropped the paper to his sticker. Yes, you read that right. The piece of paper that you peel off the back of a sticker. He dropped it. In front of the bananas. So, he was flailing, kicking, and screaming while I counted apples into my plastic bag and tried to smile back at the stares from passers-by.

This is when I need my, “Go ahead and call CPS. He has actual behavior disorders and I am doing the best I can” t-shirt.

We fail. We all do. Some of us lose our cool and blow our tops. Some say things they wish they could take back. Others cry because that is the only emotion they have left. And some of us put our children out on the deck in the morning because it seems like the safest choice for everyone at the time.

You are not alone. Just recognize when you fail. Talk about it. Be honest. And apologize to your children. They need to see us as humans who make mistakes.

Saying “booty” and using my scary monster voice weren’t such a big deal, but the deck? That day on the deck was what finally got us an emergent acceptance for an evaluation by a pediatric behavioral health center. That day on the deck shaped us. Those memories are hard sometimes, but they are molding our journey with Briggs. We are thankful for them. Without them, we may not have taken the steps we have taken so far to get our son what he really needs.

So, fail on, parents! Just take a breath, dust yourself off, bring your kid in from the deck, and hug them. You need it as much as they do!

Are you raising or teaching an extreme child too? Don’t miss THIS eCourse with practical steps to success while saving your sanity.