The Mama On The Rocks Expressions from a mama living tiny, parenting a child with behavior disorders, and Roadschooling like a BOSS
Home Extreme Parenting Mornings are the Worst: Why Readying for School can be a Complete...
Facebook
Twitter
Pinterest
WhatsApp 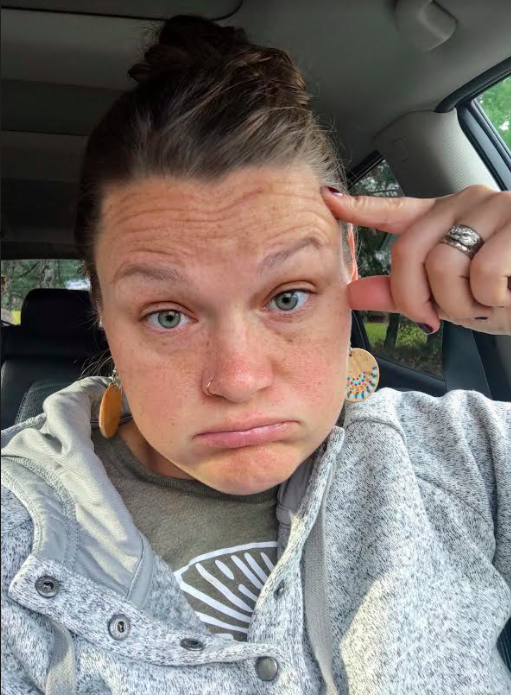 In general, mornings are our extreme child’s worst behaved time of day.

If he is going to yell, scream, throw himself in the floor, hurl hard plastic objects across a room, or otherwise become a pint-sized terror, it will be between the hours of 5-8am.

Last week he flipped the script on us. Out of no where, he started having excellent mornings. He was respectful, kind, generous, and helpful with his little sister. He didn’t cause us to be late because of an unforeseen last-minute meltdown and we spent the ride to school laughing and singing along with the radio. You guys. This is UNHEARD-OF.

Yep, he lasted Monday through Thursday of last week. Those brief, but glorious four mornings of peace and tranquility were thwarted by last Friday. He woke up yelling, threw his clothes down the stairs, refused to eat breakfast and then yelled at me for “starving him”. I had to wrestle him to the kitchen floor after being punched and kicked as he was trying to hurt himself.

That is always fun. If you’ve never experienced having to restrain your own child to keep them safe from themselves, I wouldn’t recommend it. Not only is he already in full-swing meltdown mode, but he then flexes all of his muscles while screaming that I am, “CRUSHING MY BONES WITH YOUR BIG LEG!”

This morning, a Wednesday, he had a pretty mellow start. His night terrors last night were more lively than usual so he crawled into bed with me since my husband was at MMA class (because sometimes adults need to punch each other to stay sane throughout their regular day). He slept with one arm across my face most of the night and woke up in a good mood. I thought we had a chance. We got through half a pop tart, teeth brushing, morning medicine, and getting our shoes on before it started. Apparently the zipper getting stuck on his lunchbox was just too much. All at once, he was in the floor slamming the lunchbox from behind his head to the tile floor repeatedly while screaming.

We somehow made it to the car and out the driveway so we could debrief as we always do following an episode. He seemed calm and started to put himself back together mentally. He wasn’t happy when I wouldn’t let him listen to the song he wanted on the CD player, but we got through it. Once at school, I pulled into the car rider line. I always do so cautiously because, if you have a child with extreme behaviors, you know a situation like this one–one where others are on a schedule and they are waiting on you—that it is likely your child will flip out.

He did. When I refused to let him take a toy into school (which they do not allow), he did it. He punched me. With his teacher’s head sticking inside our car door, onlooking teachers’ mouths agape and eyes cartoon popping out of their heads, and no less than 12 cars and a bus waiting in the line behind me.

She was shocked. “What did you just do to your mommy? You apologize to her.”

In this moment, I am thankful that she is kindly “helping”. However, I am also both mortified because someone saw a glimpse into how my everyday looks, and also assuming that her taking over the situation means she thinks he hit me because I can’t handle him. Quite the contrary, sister. I just smile at her and talk him through it because his response, naturally, is to shove his balled up fists straight to his sides, look ahead making no eye contact, and yell, “FINE! I’M SORRY!” repeatedly until the grown ups stop bossing him around.

I kept a calm tone with him as I watched the parents in the vehicles behind me throw up their hands in frustration and spin out to turn around behind me because I was the front car and I had a disgruntled teacher hanging half out my passenger door and my child on the edge of insanity in the backseat.

This is my daily life.

I’ve heard the saying many times, “Always be kind. Everyone is fighting a battle you know nothing about.” This is true, but when you are the one actually in the throws of war, it seems that no one outside of your “trench” could possibly understand.

I go into an already stressful job and when I show up in the morning I have likely already been hit, kicked, spit on, and told how much I am hated as a mom. I feel like I am aimlessly roaming the hallways, unable to meet anyone’s eyes with my own for fear they may notice how I’m really feeling and I will crumble.

Most days I am literally doing my best to keep it together until the 3:30 bell rings. Of course, by then, I have met my boy on the bus from his elementary school, listened to why he was in trouble on the ride over today, and felt the fury of his bus driver. I have walked him back to my office while trying to maintain him so he doesn’t have an epic meltdown in front of my principals and my students. I have attempted to give him his afternoon medication while he throws himself in the floor, screeches at a decibal level only dogs can hear, and demands snacks because he is “staaaarrrvvvinng”.

This all takes place while innocent passersby stare in awe. I keep my head low and push on and do the best I can to keep it together until I am behind closed doors because I feel like the whole world is somehow always waiting on me.

I am learning this war will not soon end for my husband and I. However, we shouldn’t be ashamed or embarrassed. I should walk with my head up. If I am telling the truth, most days there are portions of time where I genuinely wrestle with liking my own child. I love him. I would do anything for him. But when you are dodging bullets in the form of harsh insults and sometimes hardbound books, it can be hard to find joy. At the end of the day, though, I am always proud to be his mama.

Are you raising or teaching an extreme child too? Don’t miss THIS eCourse with practical steps to success while saving your sanity.