The Mama On The Rocks Expressions from a mama living tiny, parenting a child with behavior disorders, and Roadschooling like a BOSS
Home Inclusion Education ADHD There’s No Crying In Parenting: One Mom’s Valuable Lesson
Facebook
Twitter
Pinterest
WhatsApp 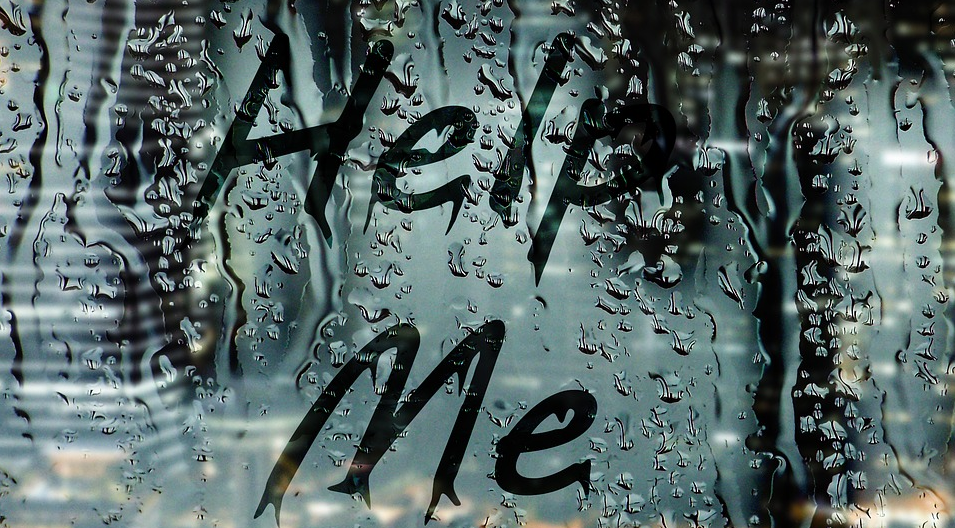 From about eighteen months to four years old, our son kept his meltdowns private. His behavior started small at first–random hitting for no reason, throwing temper tantrums, and what seemed like normal “terrible two” behavior, but on some sort of cocktail of Adderall and Mountain Dew.

As he has gotten older his behavior has grown with him. We’ve gone through the spitting phase, the name calling phase, the tantrum in the floor as if his bones were made of limp noodles phase, and the screaming at the top of his lungs phase. When he turned four (two years ago now), he escalated to directly hitting us…on purpose. The first time he punched me I may have audibly started talking to the Lord as an intercessor for my husband, lest he be overtaken by the Spirit and hand him own behind to him on a silver platter. I am almost certain Madea overtook my mouth as I cried out to the “Lort” on his behalf.

Fast forward a year and he has graduated to public displays of crazy. The first time was epic and I will literally never forget it. At no point in my 34 years of life had I ever been so…I want to say humbled, but the more accurate word here is humiliated. Not the time I split my super sweet maroon-colored Guess jeans in gym class in sixth grade. Not the time I got busted in middle school Sharpie-ing a Nike swoosh on my Payless high-tops because I couldn’t afford the real ones. Not even the time they posted our mile run times above the water fountain in gym and I was dead last with a light speed time of 18:18.

No, nothing thus far had ever made me feel so small as that moment in the Florida diner.

We were on our way back from a work trip to Orlando and everyone was hungry. We don’t get to travel much so we love to check out little mom and pop type of places when we’re out of town. We stopped in this little diner called ‘Eddie’s’ in Nowheresville, Florida for what the Yelp reviewers said were, “Florida’s best chicken and waffles.”

We held hands and ran through the rain to get inside the restaurant. I held our then six month old daughter, on my lap and helped him manage the coloring sheet the hostess had given him as Spence made his way to the men’s room all the way in the back of the diner. Forks clanged and men laughed from the bar. As I was helping him sound out the words on his children’s menu and he colored Spiderman on the page, I noticed there were two women sitting in the booth directly beside our table.

They were both well-dressed and appeared to be in their late 60’s. One had on an oversized necklace that reminded me of the costume jewelry my aunt used to wear and the other had that kind of hairdo women have who would rather donate their arms to science than get wet at the pool. I imagined they both had large, flamboyant broaches for every holiday neatly displayed in some sort of well-lit case in their bedrooms. They hadn’t noticed me…yet.

When he finished coloring he wanted to tear the paper because, naturally, Spiderman wouldn’t live in the same realm as a children’s menu. He began tearing the page and I watched it happen as if it were unfolding in slow motion. The paper’s tear went from the center of the page and, like an earthquake’s line in the dry desert clay, separated Spiderman’s foot from the rest of his body.

“Noooooooooooooooo!!” he scream rang out across the small diner. Once filled with the loud bangs of forks and knives, the chatter of old friends catching up, and that guy who’d had one too many at the bar, fell silent. Deafeningly silent. His eyes filled with tears of rage and he crumpled up the limbless Spiderman and threw him under another family’s table.

“Pick that up please.” I said, attempting to keep calm as everyone watched the dinner show they hadn’t paid for.

“No! I will NEVER pick it up!” he screamed back.

With everyone watching, he stood to his feet as though he’d had a change of heart and were going to pick up the balled up menu. Instead, he grabbed a chair from the table beside ours, where a man sat eating by himself, and he threw it.

By this time, all eyes were on us.

The entire diner was paralyzed and I looked up to see Spence tearing through the crowd to get to me. He’d heard him yell all the way in the bathroom. Without a word, I handed our daughter over to him, took him by the arm, and walked him outside to the rain. We walked passed stunned faces, horrified looks, and the hostess who looked like she might have her finger on the last “1” in 9-1-1. I smiled, walked him out in the pouring rain, across the street, and under an awning where he proceeded to hit me, kick, scream, cry and flail backwards so hard that I had to position myself between his head and the abandoned store’s brick wall behind me.

I took deep breaths and talked to him until he calmed himself. “Listen to me breathing, buddy. Deep breaths. Match my breathing,” I said as I fought to hold back tears.

Once he had it together, we walked back into the restaurant. I thought the original walk of shame was the worst thing I’d have to face that day. I was wrong. Try going through that meltdown and then staring back at the faces of those who just spent the better part of the last 20 minutes talking about what your kid just did and made guesses at how you might handle it.

I smiled and walked him back to the tables around ours where he picked up his crumpled up menu from under one table and replaced the chair at another. He apologized to the man who had been eating alone when he lost his mind and threw his chair as if he were tagging in Rick Flair in an early 90s wrestling match. “I’m sorry I threw your chair, sir,” he said with his head hung in shame. The man smiled back his forgiveness.

I sat back down in my seat just as the two well-dressed ladies were getting up to leave. I desperately wanted to avoid eye contact because I was certain they had judged me the entire time. I was convinced they’d finished their salads and lemon waters over conversations about “kids these days” and how terrible of parents Spence and I must be.

Instead, the lady with the necklace stopped just behind our table on her way out, turned to me so I had to meet her eyes with my own, and smiled. She mouthed the words, “You did a great job.”

I mustered a faint smile in return and lowered my head. I could feel the hot tears streaking down both sides of my face.

I had never felt so completely alone as I did during that meltdown and the moments after. I may always remember that feeling, but I will never forget that woman’s smile. Her muted approval reminded me that no matter how many people are staring or pointing fingers, no matter how many people disagree with the parenting decisions we make, I am doing the best I can and that is good enough.