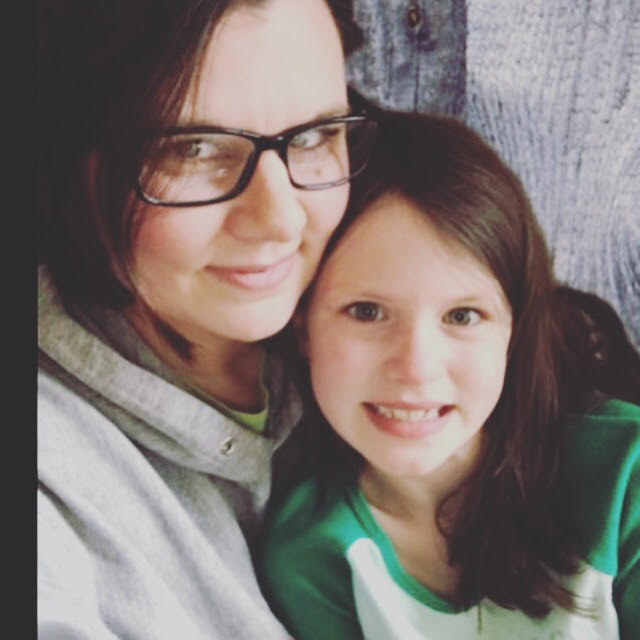 As I write this, I’m not sure what words are going to follow. All I know is that my brain and my heart can’t handle it anymore.

Since last Sunday I have seen eleven memes and pictures about how ADHD isn’t real and similar sayings. ELEVEN!

The ones that stand out are about how “many years ago it was called daydreaming and now it’s called ADHD and treated with drugs”, or “childhood is now a mental illness”. But the one that gets under my skin the most is a picture of a young girl making a mean face and it says that before it was called behavioral disorders, it was called “being a little brat”. After seeing the last one of a belt saying how that’s the real cure for ADHD, I was livid.

If you have seen these, posted these, or even laughed at these, please understand that my goal is nothing more than to help you understand what happens to all of us who have been chosen to walk this path, either ourselves or as parents of little ones who are diagnosed. When we see these posted by our friends and loved ones it is absolutely crushing.

My daughter is diagnosed with ADHD, Oppositional Defiant Disorder, and Sensory Processing Disorder. When she was two, she got so mad because I took her shoes off that she picked one of them up and threw it at me. (She still does this sometimes.) When she was three, you couldn’t get her to finish her sentence half the time without jumping to something else. When she was almost five she started talking about how she didn’t like being so different from other kids. When she was just barely five, she talked about not wanting to be here anymore and wanting to be in Heaven.

Let the gravity of that sink in for a minute.

We did the whole diet change and all of the other things people suggest and there were minor differences, but not enough. After talking her doctor and completing assessments, she finally received the diagnoses we always kind of knew were there.

I will never forget that day. I’ve never felt such grief and relief at the same time before.

Having ADHD myself, I knew exactly what she was about to go through in school and in life. My heart broke for her.

Fast forward to now, three years later, after three months of weekly occupational therapy, psychologist appointments and med checks with her pediatrician every couple of months and she is doing well most of the time. But it’s still a struggle.

After all of this time, as a parent, I still question if what we are doing is the right thing. Even though I know how effective it is.

Sunday night, after such a great time with family, I started seeing these memes. Monday I saw a couple more. Yesterday I saw several more. Today, my cup runneth over with frustration.

I know that most likely you have no intention of hurting anyone’s feelings when you post those things. At least I hope not. But somewhere, in your list of hundreds of friends who are seeing your post, there is a silent group of people reading it through tears.

You probably don’t even know the struggle they are facing because they don’t talk about it. Why don’t they talk about it? Because of these memes. They make us feel isolated and judged. One more person would just think we are crazy and recommend a diet change or just get a good probiotic and that will cure it.

When it doesn’t work, we feel completely inept and like we aren’t good enough at this parenting thing because everyone else has the answer and it’s working for their kid while ours are still having meltdowns and banging their heads against the walls or throwing their things at our heads. Clearly we are doing something wrong. Clearly we aren’t good enough right? Maybe if this other parent had our kids they would be better off because clearly I’m not doing it right.

We were thinking about seeking professional help and medications but since you suggested that those medications lead to addiction in the future (insert biggest eye roll ever), now we are questioning that too.

These are just a few of the thoughts that flood our heads in that first two seconds that we see these.

These types of comments and posts make me angry because I know that somewhere there is a mom and dad who are seeing it and just starting down this awful, emotional, long, exhausting journey to finding the right help for their kid. Because of that post, they are questioning themselves again, not just as parents, but as people. Who would consider giving their kid something that would cause them to be addicted to drugs and alcohol later? You are unknowingly making someone’s life even more difficult. You are helping to silence a group of people that desperately need to be heard, loved, and accepted.

Listen, I know you might not be educated on ADHD. I know you may not have done the research and looked at all the scientific data that’s out there on the connection between dopamine and ADHD. If you have, you know that a trademark of ADHD is a low level of dopamine. And yes, ADHD kids are more likely to end up using drugs or alcohol especially in middle and high school. But why? It’s called self medication. When they can’t find the right perscription medication that works for them they seek something that will work. When their friends start teasing them for taking medication or acting different, they start looking for ways to be accepted. ADHDers are chemically wired to seek dopamine.

You might also find that the suicide rate for children with ADHD is significantly higher than those without. In fact, more suicides in young people are being linked to ADHD than depression. Let’s be clear, when I say young people, I mean children as young as five and six.

Kids with ADHD are different. They are often times awkward, strange, and because they are so impulsive, they do crazy things and don’t even realize they did it until it’s done. All of this makes it hard to make friends in school. They are typically outcasts. They are bullied. They are left out of birthday parties and after school hang outs. Their self esteem is typically very low and sometimes nonexistent. They are lonely and punished a lot for their impulsive behaviors. They understand at a young age that they aren’t like the other kids. They see how they aren’t accepted and how they are teased. They hear the whispers and laughter in the locker rooms after gym class. Their thoughts are confirmed when the whispers and laughs stop when they walk in. They are greeted with stares and silence.

When I was diagnosed with ADHD around second or third grade, I was put on medication. It took a while to figure out which one worked, but when we found one, I was SO thankful.

The first time I could sit still in a classroom was strangely wonderful.

By this time, most of the people I went to school with had made their friendship circles already and there wasn’t room for me. Seeing it now as a parent is even more gut-wrenching than experiencing it firsthand.

I know what it feels like to carry the boulder of uncertainty weighing me down and bringing me to tears almost daily.

When I see those memes, the only thing I can think of is all of those people seeing that same post and cowering in the corner again in a panic that is all too familiar, unable to talk to their friends and be vulnerable about something that weighs on their minds every minute of every day. What we see when we see those is one more person we can’t talk to. Someone we thought we were close to and that we could tell anything to is now off limits and we are isolated once again.

It’s your wall, your Facebook page, your life. I get it. But what if we all remembered that quote from Robin Williams?
“Everyone is fighting a battle you know nothing about. Be kind. Always.”

Hey there! My name is Melissa Bates. I am a wife to an incredible husband and a mother of four beautiful and fun loving kids, one of which was diagnosed with ADHD, Oppositional Defiant Disorder, and Sensory Processing Disorder when she was just a little over 5 years old. Our journey as a family is chaotic but so full of joy and laughter.

9 Replies to “The Real Face of ADHD”