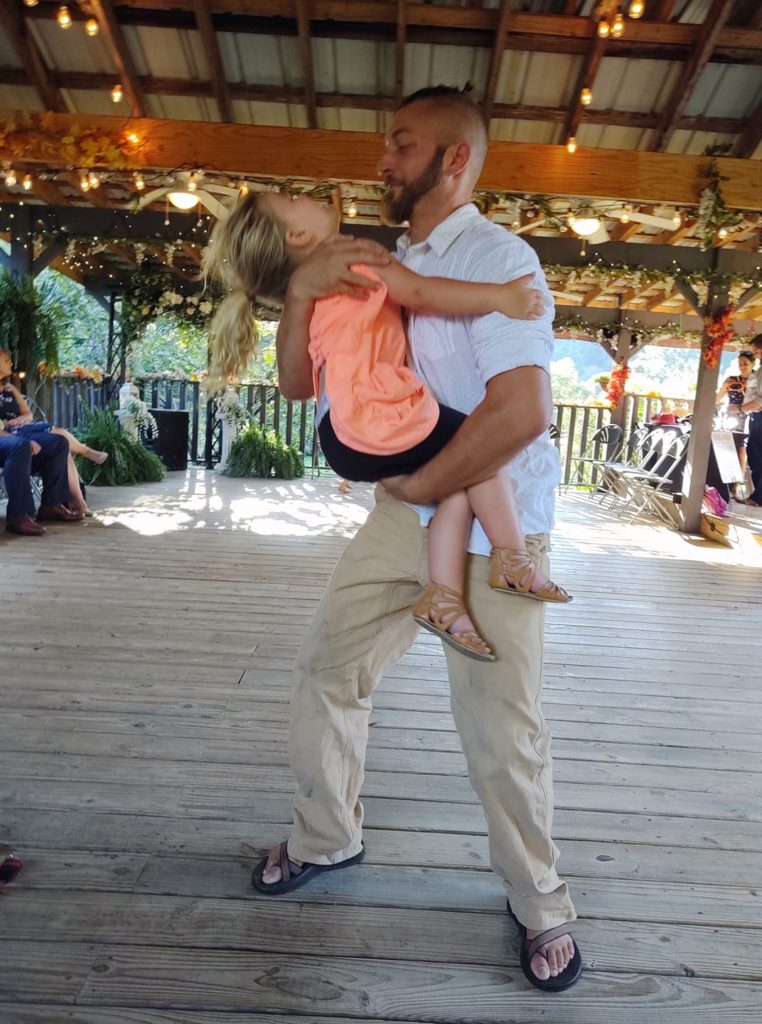 Because sometimes the rain is more than rain–its a downright life-threatening storm.

Because it’s in the moments that follow the fear and the thunder that shed the most light on what we have to be grateful for.

Yesterday we had to skip a birthday party–one of our boy’s very best friends–because of behaviors. It hadn’t been building up. The morning was business as usual.

But then it happened.

A behavior that was just plain scary. It came from nowhere. It was strictly a lack of impulse control. And it was all over a coloring book.

We handled it. We checked on the kids. We talked it over and checked on each other. We decided on what was best. And we stuck to it.

And it was hard.

Because he was sad and we had to miss things. We had to explain to our friends that only my husband and daughter would be at the party and we had to leave early for a wedding.

But here’s the thing.

We made it through and, though it wasn’t easy, it was the best decision.

We drove two hours to the wedding and our kids who we assumed would act ferrel…did. But it was awesome.

They made friends. They played in sand. They fell in the creek. There was grass and mud and sand in places but they were wild and free and smiling.

The rest of the wedding danced and played games and smiled at the kids who were just…being kids.

I watched in absolute adoration as my husband twirled our daughter around the dance floor, sweat pouring. Our son squealed from the water wheel as he chased lizards.

We didn’t get mad. We didn’t yell. We just let them run until it was time to change clothes and make the drive back home.

But, in the thick of it, they might surprise you.

So keep pushing. Keep trying. Keep pressing on because they need us. Be strong when you can and fall apart when you need to. Because even then they will learn that we are human and that’s beautiful. ❤️

One Reply to “When The Rain Is More Than Rain”